COVID-19 Update: Your Safety is Our Top Priority.

see. and be seen.
Take our LASIK Self-Test →

Macular Degeneration (or AMD) is a group of diseases characterized by a breakdown of the macula. The macula is a small area at the back of the eye (retina) that allows us to see fine details clearly. When the macula doesn’t function correctly, we experience blurring or darkness in the center of our vision.

Macular degeneration affects both distance and close vision and can make some activities, like driving, reading or threading a needle, difficult or impossible. Although macular degeneration reduces vision in the central part of the retina, it does not affect the eye’s side or peripheral vision. For example, you could see the outline of a clock but not be able to tell what time it is. Macular degeneration can cause different symptoms in different people. Sometimes only one eye loses vision while the other eye continues to see clearly for many years.

The following are some common ways vision loss is detected: The two most common types of age-related macular degeneration are dry (atrophic) and wet (exudative).

Dry AMD is an early stage of the disease and may result from the aging and thinning of macular tissues, depositing of pigment in the macula or a combination of the two processes. Dry macular degeneration is diagnosed when yellowish spots known as drusen begin to accumulate in and around the macula. Gradual central vision loss may occur with dry macular degeneration but is not nearly as severe as with wet AMD.

In about 10 percent of cases, dry AMD progresses to the more advanced and damaging form of the eye disease. With wet macular degeneration, new blood vessels grow (neovascularization) beneath the retina and leak blood and fluid. This leakage causes permanent damage to light-sensitive retinal cells that die off and create blind spots in the central vision. Neovascularization, the underlying process causing wet AMD and abnormal blood vessel growth, is the body’s misguided way of attempting to create a new network of blood vessels to supply more nutrients and oxygen to the eye’s retina. Instead, the process creates scarring, leading to sometimes severe central vision loss.

Many forms of macular degeneration are linked to aging and deterioration of eye tissue crucial for good vision. Researchers have noted a strong association between development of the eye disease and the presence of a variant of a gene known as complement factor H (CFH). This gene deficiency is associated with almost half of all potentially blinding cases of macular degeneration. Specific variants of these genes have been found in 74 percent of AMD patients who were studied. Another report found that deteriorating, oxygen-starved cells within the retina are likely to help trigger neovascularization and accompanying damage in wet AMD.

Besides affecting older populations, AMD occurs in Caucasians and females in particular. The disease also can result as a side effect of some drugs and it seems to be hereditary. The AAO notes that findings regarding AMD and risk factors have been contradictory, depending on the study. The only risk factors consistently found in studies to be associated with the eye disease are aging and smoking.

Although much progress has been made recently in macular degeneration treatment research, complete recovery of vision lost to AMD is unlikely. Your eye doctor may ask you to check your vision regular with the Amsler Grid. The Amsler Grid is a very sensitive test that typically reveals clinical findings before the doctor can actually see physical findings. Viewing the Amsler Grid separately with each eye helps you monitor your vision loss.

Many people do not realize that they have a macular problem until blurred vision becomes obvious.

The doctors of ESA can detect early stages of macular degeneration during a medical eye exam that may include:

On occasion, additional testing may be performed including:

Despite ongoing medical research, there is no cure yet for “dry” macular degeneration. While there are no FDA-approved treatments available for dry macular degeneration, a major National Eye Institute study called the Age-Related Eye Disease Study (AREDS) has produced strong evidence that certain nutrients such as beta carotene (vitamin A) and vitamins C and E may help prevent or slow progression of dry macular degeneration. The AREDS study shows that taking high dose formulas (shown below) of certain nutritional supplements can reduce the risk of early stage AMD progression by 25 percent. Our doctors also recommend that dry AMD patients wear sunglasses with UV protection against potentially harmful effects of the sun.

Recommended daily dose of the following:

*It is important to note that for Smokers, the AREDS Formula replaces beta-carotene with Lutein as follows:

Both types of AREDS eye vitamin and mineral supplements are available from various manufacturers with brand names such as Icaps, Ocuvite and PreserVision.

Recently, new therapeutic ideas have been added for AMD. These include the use of anti-VEGF drugs (see below) injected into the eye to combat the devastating loss of vision seen in wet AMD. These drugs are injected under local anesthesia in the office on a monthly basis over several months. While there have been some remarkable successes in cases that we thought we lost, wet AMD is a difficult condition to treat and requires constant surveillance. Some cases of Macular Degeneration are treated with laser surgery, a brief and usually painless outpatient procedure. Laser surgery uses a highly focused beam of light to seal the blood vessels that damage the macula. Although a small, permanently dark “blind spot” is left at the point of laser contact, the procedure can persevere more sight overall.

When Lucentis (ranibizumab) received U.S. Food and Drug Administration approval in late June 2006, the new macular degeneration drug was celebrated as a major medical breakthrough. With about 200,000 new cases of advanced, age-related macular degeneration (AMD) identified each year in the United States, many older Americans with more severe or wet forms of AMD endured inevitable, gradual loss of central vision. Now, there is new hope for many who once faced certain blindness. In clinical trials Lucentis has been shown to stop and in many cases, reverse at least some vision loss in most people with advanced AMD. These positive findings clearly make Lucentis by far the most effective FDA-approved treatment currently available for more damaging forms of AMD. However, some eye doctors argue that a drug closely related to Lucentis, known as Avastin, also has been shown to be a highly effective and far cheaper alternative for lower-income individuals with advanced AMD. The problem is that Avastin is FDA-approved only for treatment of colon and other cancers, but not for macular degeneration. As an alternative, many eye doctors, including our doctors at Eye Surgical Associates, have been using Avastin as an off-label treatment.

Does Avastin Work as Well as Lucentis in treating Macular Degeneration?

Besides cost issues, another area of concern involves which drug works best for treating macular degeneration. Because no large studies have been done, the question remains unanswered. “Tens of thousands of doses of Avastin were given nationwide, while doctors were waiting for ranibizumab [Lucentis] to get approved,” University of Iowa Howard Hughes Medical Institute investigator Edwin M. Stone, MD, PhD, wrote in an editorial published in the October 2006 issue of the New England Journal of Medicine. “And it often worked very well. But what no one knows at the moment is whether one drug is really significantly better than the other.” The editorial noted that Lucentis costs fifteen times more per treatment than Avastin. This price discrepancy could be highly significant for people who have limited or no health insurance coverage. The same company, Genentech, produces Lucentis and Avastin. There are differences between the two drugs. Lucentis is administered in the form of smaller molecules, which is thought to give Lucentis an advantage over Avastin in its ability to penetrate the eye’s retina and halt abnormal blood vessel growth contributing to advanced macular degeneration and scarring that causes blindness.

Where the Lucentis-Avastin Debate Now Stands

The U.S. government is funding a study to compare effectiveness and safety of the two different treatments. Participants are being enrolled in a two-year Comparison of Age-Related Macular Degeneration Treatments Trials (CATT), sponsored by the National Eye Institute. In the past, safety concerns were expressed about off-label use of Avastin as a macular degeneration treatment. This is partly because in January 2005 the FDA warned that Avastin, when used to treat colon and other cancers, significantly increases the risk of stroke, heart attack and other related adverse health events. However, one survey among eye doctors reported no adverse health side effects related to use of Avastin for macular degeneration, seemingly because relatively low doses of the drug are injected into the eye. But other researchers have noted that long-term safety risks of Avastin remain unknown. For treatment of cancer, higher doses of Avastin are administered through an intravenous (IV) infusion into a blood vein, such as in the arm. “Currently, there appears to be a global consensus that the treatment strategy using intravitreal (eye injections of) Avastin is logical, the potential risks to our patients are minimal and the cost-effectiveness is so obvious that the treatment should not be withheld,” Philip J. Rosenfeld, MD, PhD, of Miami’s Bascom Palmer Eye Institute wrote in an editorial published in the July 2006 issue of American Journal of Ophthalmology.

Ultimately, the Lucentis-Avastin debate likely will be settled when two-year NEI clinical trials comparing the two treatments are completed. Final results should be known in 2010. 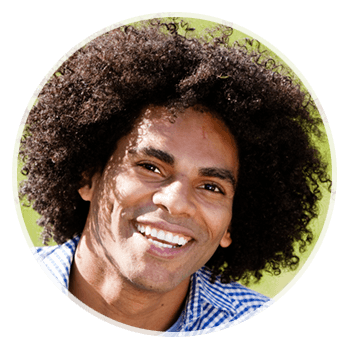 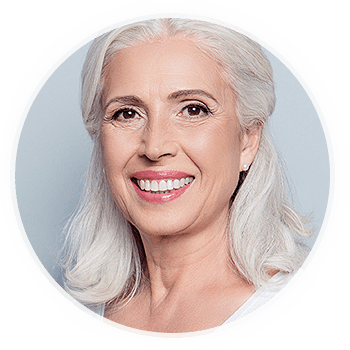 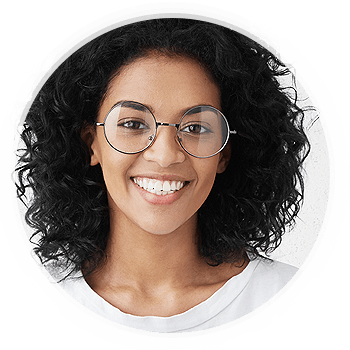 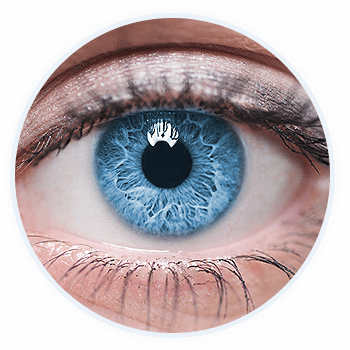 See. And be seen.

Choose from a wide array of impeccably crafted, fashion-forward frames for the ultimate in self-expression. 1107 Optique at VisionPoint features exclusive lines of eyewear and sunglasses, including Lafont, Etnia Barcelona, and SALT.

The material contained on this site is for informational purposes only and is not intended to be a substitute for professional medical advice, diagnosis, or treatment. Always seek the advice of your physician or other qualified health care provide.

If you are using a screen reader and are having problems using this website, please call 309.662.7700.

Get Directions Schedule an Appointment

The material contained on this site is for informational purposes only and is not intended to be a substitute for professional medical advice, diagnosis, or treatment. Always seek the advice of your physician or other qualified health care provide.

If you are using a screen reader and are having problems using this website, please call 309.662.7700.